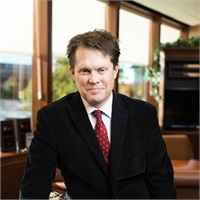 Chris McMillan has nearly ten years of financial services regulatory experience working in senior legal and compliance positions. He is a graduate of Creighton University with degrees in Philosophy and Law, specifically Corporate and Securities Law and Securities Regulation.

Chris’ father was a Stockbroker and like many kids, he wanted to follow in his Dad’s footsteps. Years later he made his way to the same industry but as an Attorney instead of a Stockbroker.

Chris has worked with Registered Investment Advisers, Broker Dealers, Clearing Firms and Regulatory Consulting Firms. The experiences taught him a great deal about the industry as a whole, specifically developing regulatory and legal expertise. McMillan’s favorite area of the industry has been working with Financial Advisors and helping them to develop and build their businesses with sound legal and compliance practices.

Chris is originally from Omaha, NE, and with the exception of a seven year period where he and his wife lived in San Diego, he has been in Nebraska his whole life with his parents, three brothers, and his wife.

McMillan has worked in the past with non-profit organizations such as Nebraska Friends of Foster Care, in an effort to help to raise money for foster children to help them obtain necessities. He also worked at the Red Cross to help struggling families at Christmas.

Get Financial News & Updates Delivered to Your Inbox